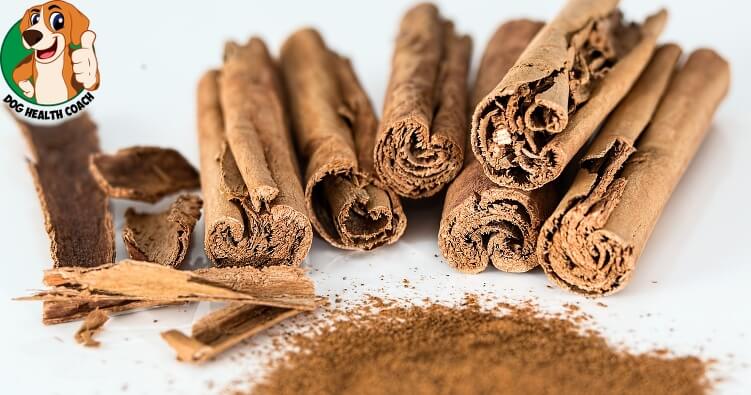 Yes, dogs can eat cinnamon, but in moderation. It can be added to pet food or as an ingredient in a treat. Take note, however, that consuming large quantities of cinnamon can leave your pet with a variety of health problems.

Perfectly safe as long as it’s the right kind

Benefits of Cinnamon for Dogs

Adding a sprinkle of cinnamon powder to your dog’s meals can enhance the flavor while offering various medicinal benefits. Cinnamon has anti-inflammatory properties; it has also been shown to slow or stop growth and multiplication of bacteria.

As a safety precaution

Always be sure to check product labels before buying. And make sure to check the ingredients of goodies or treats before offering one to your dog. There are baked goodies with cinnamon that may contain other ingredients that are harmful to pets, such as chocolate and raisins.

Cinnamon can have harmful effects on pets

While cinnamon is known for its health benefits to both humans and pets, moderation is very important. Too much consumption of the powder or exposure to even a small amount of the essential oil can be harmful to pets. Harmful effects include:

Some dogs may also inhale cinnamon when ingesting the powdered spice, and this can cause serious irritation of the lungs leading to coughing, choking, breathing problems, and bronchospasm. If you observe any of these effects cll your vet or pet poison helpline right away!

There are several ways by which pets can be exposed to cinnamon:

In summary, dogs can have cinnamon, but moderation is always the key. And make sure you have the right cinnamon (Ceylon Cinnamon), so you won’t have to worry about adverse reactions.

Did we miss anything? Your comments are most welcome!