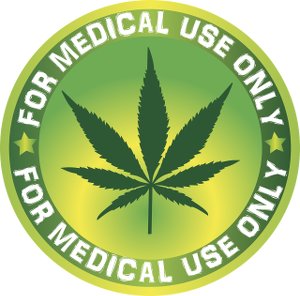 As our cultural and political climate cools on the demonization of cannabis use, the plant is finally starting to get academic attention to validate or disprove its suggested medical uses. People have been using it to treat a laundry list of conditions, from epilepsy to glaucoma, for a long time based upon anecdotal evidence. Currently, only neuropathic pain and spasticity and certain seizure disorders are supported with the kind of high-quality evidence healthcare providers put their faith in. Since dogs can develop some of the very same conditions, it is reasonable to wonder if medical marijuana has a place in the veterinary medical profession as well.

Here is what we know so far:

Effects of Marijuana on Dogs

The vast majority of the veterinary community’s knowledge on the effects of marijuana on dogs comes from experience with accidental intoxication. Dogs typically present with symptoms such as:

It is these side effects that make the utility of medical cannabis for dogs difficult to imagine.

There is currently no veterinary-approved product containing THC for dogs. There are commercially-available treats and tinctures advertised as “medical marijuana for dogs,” however without randomized controlled studies to support its use, most veterinarians are hesitant to entertain the idea of dosing their patients with pot. The American Veterinary Medical Association opened a dialogue in 2013 with a journal article titled “Veterinary Marijuana?”. The article detailed several positive anecdotes from owners who had tried using weed as a last-resort, palliative treatment for pain and appetite loss in their pets. It also emphasized that the recommendation of a drug that is still considered federally illegal to prescribe can get veterinarians into a legal bind.

In the Name of Animal Welfare

Dr. Doug Kramer (1977-2013), was a veterinarian in California who was not afraid to blur the line between veterinary medicine and marijuana. He was a crusader for palliative care and focusing upon the welfare of the patient above all else – including his own freedom. He opened a mobile veterinary practice called Enlightened Veterinary Therapeutics, which focused on palliative care for pets with chronic, incurable illnesses such as cancer and severe arthritis. Inspired by struggles with his own dog, Nikita, he was the first veterinarian in the country to openly discuss his willingness to recommend medical marijuana for his patients when conventional medicine was not providing them with the quality of life they deserved. This quote, from dogster.com, sums up his philosophy:

“The decision was an easy one for me to make. I refuse to condemn my patients to a miserable existence for self-preservation or concerns about what may or may not happen to me as a consequence of my actions. My freedom of speech is clearly protected by the First Amendment to the Constitution. This is an issue of animal welfare, plain and simple. Remaining silent would represent a clear violation of the veterinarian’s oath I took when I was admitted into this profession.”

Unfortunately, Kramer died in 2013, and since then no veterinarian has taken his place in this mission, in fear of losing their license, or worse–jail time. Regardless of one’s opinions on the use of medical marijuana, I think most pet lovers would agree that his bold pursuit of a more comfortable end of life for pets was inspiring.

When to Use Medical Marijuana in Dogs

So where does this leave dogs with cancer, dogs with anxiety, and the rest of the long list of conditions marijuana can supposedly provide relief from in humans? I guess the answer is currently up to those dogs’ caretakers. Would you be willing to experiment with medical marijuana in your dog? When is venturing into this type of uncharted territory with your dog’s wellness justified?

What do you say or know about it? Please let us know in the comments.